Fibromyalgia is defined slightly different depending on which website you pull up on the internet. The American College of Rheumatology defines Fibromyalgia as a common neurologic health problem. It’s a chronic (long-term) illness characterized by widespread pain, fatigue, unrefreshed sleep, memory problems (brain fog), and tenderness (sensitivity to touch). Many Fibromyalgia patients are also diagnosed with Irritable Bowel Syndrome and patients are at higher risk of having Fibromyalgia if you have a rheumatic disease like osteoarthritis, lupus, rheumatoid arthritis, or ankylosing spondylitis.

The cause of Fibromyalgia is still unclear. It can affect women and men of all ages.

Fibromyalgia has been described as Central Pain Amplification disorder, meaning the volume of pain sensation in the brain is turned up too high. Central sensitization clearly occurs in Fibromyalgia, but it doesn’t fully explain it. Recent research show neuroinflammation by the means of brain glial activation taking place in Fibromyalgia.

There is no easy way for a family to prepare for the diagnosis of a chronic illness. Families go through many emotions and building resilience together is very important. We hope to cut through the Fibromyalgia guesswork by establishing programs built to service families directly with resources and expert leadership.

Empower the family to be involved with advocacy training. 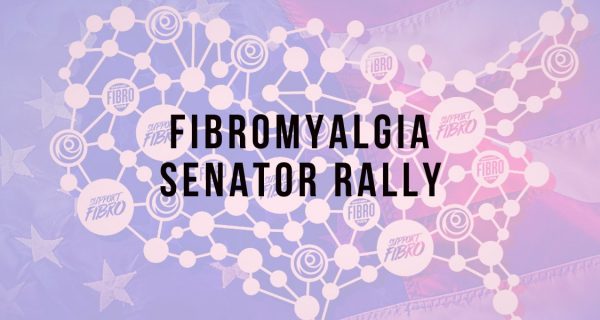 On May 11th, 2022, Fibromyalgia Delegates successfully met with Congressional leaders on the Hill to…

Brandi is a Navy veteran living in South Carolina with her four sweet children. She is a fibromyalgia thriver, Certified Health Coach, creator of Being Fibro Mom, and contributor to the Fibromyalgia Magazine. Brandi enjoys reading, writing, and creating smoothie recipes.

Suzanne is a Certified Health Coach in the bay area, wife, mother of three beautiful children, a psychology student working towards her BA, and creator of FibroMomBlog.

Melissa is a Certified Fibromyalgia Advisor, award winning author of Ravyn’s Doll: How to Explain Fibromyalgia to Your Child, creator of Fibro Warriors Living Life, wife and mother.

Fill out the form to get involved with this program.

Family & Fibromyalgia
If you are interested in being involved with the Family Program. Please send us a message here.
Connect on Social Media!